There has been a Facebook posting going around recently which says:

I hit the LIKE button because there is so much wisdom in so few words.

Those of us who haven’t experienced welfare as the family business have to kind of step back and see why young folks might envision long time public assistance as the way to make a living.

Children and youth are highly influenced by their environments, parents, or whoever is responsible for raising and educating them.  So, if a young person comes from a family who accepts public assistance as the norm, how will she or he change without learning alternatives and seeing different behavior modeled?  I believe some of this learning needs to be about finances.  How can no earned income and low-income folks do better if they don’t learn the basics?

Over the last few years, I have been part of a team of women who are lucky enough to do life skills mentoring with a small group of young women who are in high school.  Some of the students come from home situations which involve parents who work many hours at low paying jobs, or who rely on some level of public assistance.  Geographically, they live in an area which has pockets of poverty and an overall cultural acceptance of pregnancy in teens.

We feel lucky.  These students are smart and willing to learn.  This year we included an enhanced focus on teaching sound bite pieces of financial information.  Topics were as basic as understanding a checking account, using a debit card, or how the little print on credit card applications needs to be carefully understood.  The students read short quotes from my book, Financial Freedom for Women®, A Little Book about Money for Women, and from other writings.  One afternoon we bravely did a short segment on stocks, bonds, and mutual funds.  As with adults, some were interested and some weren’t.

We learned that the concept of saving (except for  purchase of an iphone) was pretty much a foreign idea in general, and that retirement savings and even being able to retire at all were totally unheard of in their community. And for now in this economy, it’s pretty difficult to show how interest can work for you (make your savings grow) instead of against you (credit card debt & student loans). As always, tiny bites work well for everyone.

At the end of the school year we offered to give each student a copy of my book at no cost.  We suggested not asking for one if it was just going to get pitched into the trash (always a possibility with anyone and financial books).  Big surprise, they all signed up to get copies.  It was exciting to know that this group of students has access to basic financial information which teaches about a life choice of creating income and the value of investing.  Will they all read and learn, hard to tell.  At least we took a chance on each other.

I’m hoping that someday my Facebook page will show postings from one or more of these young women which read something like this:

I OPENED A ROTH IRA

I BECAME A FINANCIAL ADVISOR

Then I will hit the LIKE button again and again! 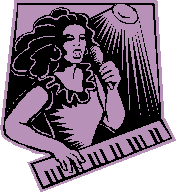 The TV show is Nashville. The character is  the young, ambitious, super competitive and talented country music star Juliette Barnes.  Juliette is scrambling to figure out how to come up with  big bucks to pay a cheating, lying, and thieving former manager/boyfriend who is going to splash a sex tape of them all over the internet if she doesn’t pay up.  First he wanted only $2 million which she must have had in her emergency fund and that wasn’t a big problem.  Then he wanted an additional $8 million, bringing the price for keeping that tape private to $10 million.  I told you he was a lying and thieving kind of guy.    On top of that, voting for Country Music Awards is underway and for the first time Juliette has been nominated.  So, she does what everyone else does when looking for ways to pay.  She asks for advice.

Juliette’s personal assistant to Juliette. “ Your accountant said to come up with the $10 million in cash you would have to liquidate some of your securities;  several  stocks, bonds, and mutual funds.”

I just get excited with TV shows  which bring up anything which remotely encourages viewers to learn and understand financial management.  I am especially pleased at the mention of those words “securities, stocks, bonds, mutual funds”.  I have visions of thousands of young viewers googling these words to learn what Juliette has that they need to learn about and “buy”.  Awesome.

I am assuming that the accountant in this situation first talked to Juliette’s financial advisor(s) and collaborated with them on how to best offer Juliette a solution to her $8 million problem.  Accountants understand where the money came from, how to keep track of it, and all the tax implications.   They understand cash flow and lots of other important accounting things. Financial folks understand how to help clients create that pot of money, like the one Juliette is contemplating spending.

In the end Juliette became more attached to her integrity and her money than she was to her image.  The money story ends there, but it is a TV show and the issue of the blackmail gets resolved in a high drama way.

© Debra Hadsall and FFP Talk, 2012. Unauthorized use and/or duplication of this material without express and written permission from this blog’s author and/or owner is strictly prohibited. Excerpts and links may be used, provided that full and clear credit is given to Debra Hadsall and www.ffptalk.wordpress.com with appropriate and specific direction to the original content.

Journaling through scripture one passage at a time.

the Story within the Story

Plan News You Can Use

God's blessings in your life and ministry

If there is any magic in this world...

The world can be amazing when you are slightly … strange!

Marriage Is A Commitment

Let's Talk about Money with a Christian Perspective